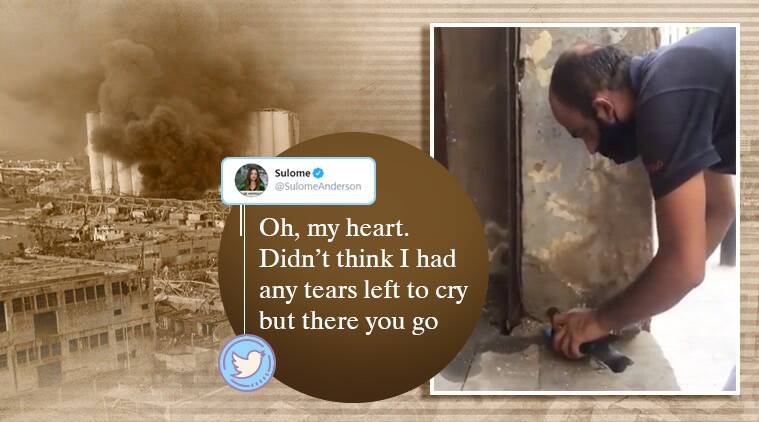 Journalist Vivian Yee, who is the Middle East correspondent for the The New York Times, shared the image of the man on social media.

A video of a man giving an injured pigeon some water in a bottle-cap following the devastating explosion in Beirut is being widely shared on social media.

Journalist Vivian Yee, who is the Middle East correspondent for the The New York Times, said she had gone to check on her neighbourhood two days after the blast ripped through the port area of the Lebanese capital. It was then that Yee, who suffered injuries in the explosion, spotted the man helping an injured bird by giving it some water.

She identified the man as Abdel Salam, a Syrian, who was feeding the one-eyed bird some water by putting it in a bottle cap.

You don't need money to donate for a cause.
Do you have goods to share?
Then give in-kind.