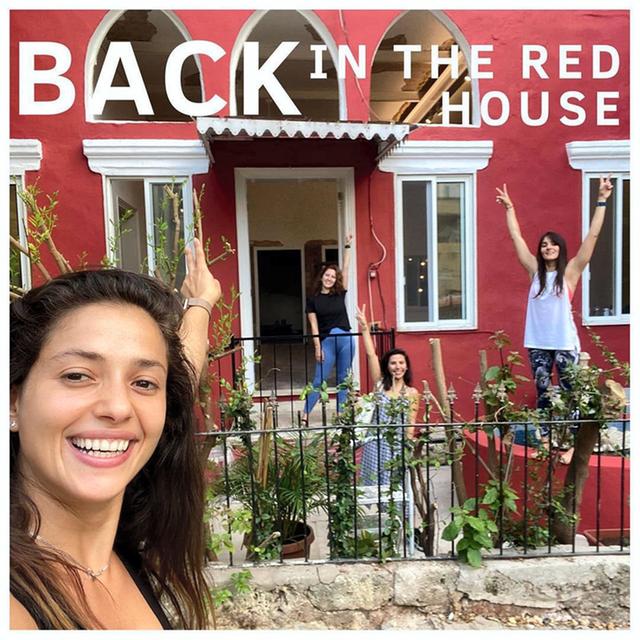 ‘If it were not for Lebanese solidarity, we would have lost all hope,’ says Hala Okeili

Hala Okeili was two minutes away from her house when the Beirut blast tore the city apart on August 4. The explosion site was a mere 500 metres away from where she lived, and her first thought was that her husband, house help and their cat had likely all perished.

Despite being so close to her destination, reaching home was a struggle, surrounded as she was by rubble and injured people. When she finally made it – by which time she had learnt that her husband was alive but severely wounded – Okeili found her home completely damaged.

“I could not comprehend what had happened to us. I knew my husband was hurt, but I could not get there to help him for the first few hours. I also did not expect that the house would be gone entirely – with no facade and lots of blood. Everything was destroyed. I did not even think of my yoga studio at that time,” says Okeili, a corporate lawyer and founder of Sarvam Yoga studio.

“I went into survival mode for three days and immersed myself in saving what I could. Simultaneously, I was trying to find an operating room for my husband.” 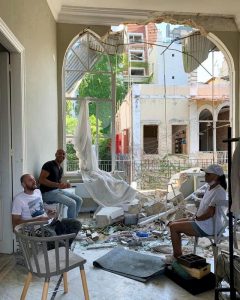 Hospitals in Beirut were overwhelmed with casualties, and Okeili’s house help and cat were not found for 48 hours. “Nothing can ever explain what we felt and lived through during those days.”

While Okeili was in hospital for her husband’s surgery, her friends spent the day cleaning and fixing her house. “If it were not for Lebanese solidarity, we would have lost all hope. Humanity is all we have left,” she says. “My mother, my best friend and four men I hired were working like machines, under pressure because there was a possibility that the building would collapse.”

Towards the end of the day, an exhausted Okeili called for help from her balcony to a young man in the street.

Such random acts of kindness turned out to be a guiding light for Okeili, with the solidarity she experienced first-hand giving her the strength to carry on.

She decided to rebuild her yoga studio, which was also destroyed in the blast. Her friends helped her set up a GoFundMe campaign, and donations started pouring in from around the world. “I cannot believe how generous people have been. Without their support, we would not reopen. We would not even find hope.”

In order to repay such kindness, Okeili began conducting free classes, both from a rooftop in Ras Beirut and via Zoom, to give thanks to the people who stood by her. “The free classes were just a small token of my appreciation. The community has been very generous to us, so I wanted to return the love.”

Okeili reopened her studio this month. “It took longer than expected because of the enormous amount of destruction, but we’ve freshened it up with lighter colours in the hope for new beginnings.
Okeili learnt the principles of yoga in India and returned to Beirut to open Sarvam Yoga studio

“If it were not for yoga, I would have lost my mind. To have your husband severely injured and lose your house, all your belongings, your business and your husband’s business in the blink of an eye could drive anyone mad,” says Okeili.

“The explosion left us with scars that will take a long time to heal. We lost trust in our country. We are left with fear and anxiety. Our city feels different, looks different.”

Having said that, Okeili is planning to stay in Beirut for the foreseeable future. “My life is here. Let us see what happens with Lebanon.”

There are over 85 countries officially taking part in #GivingTuesday!
Find out where they are.